We Are Away Sailing 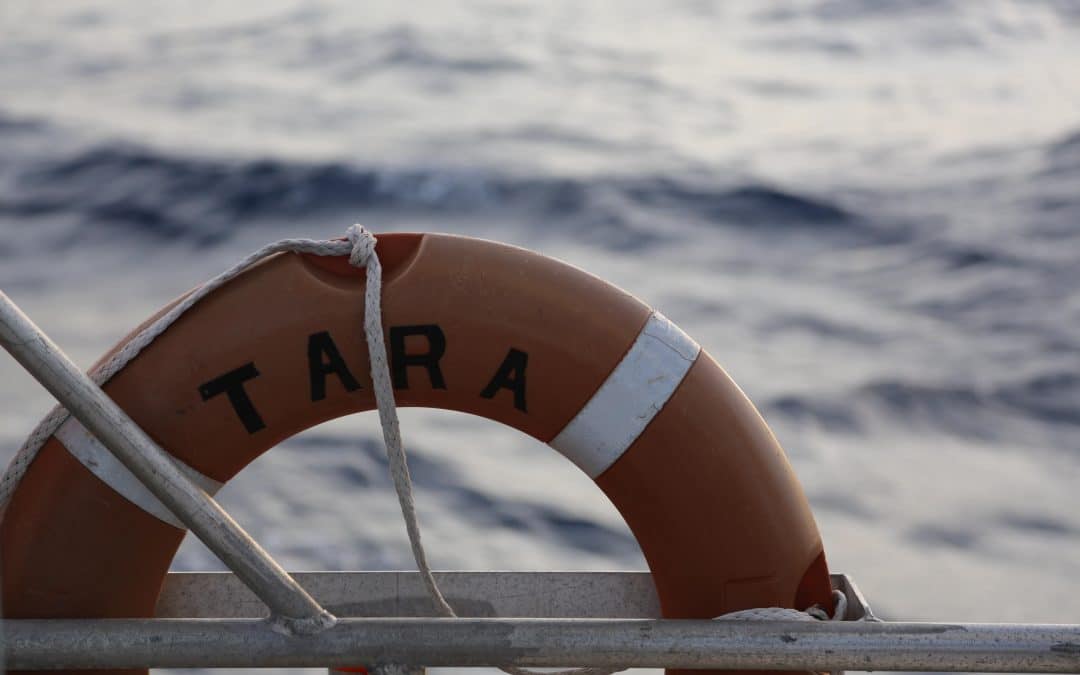 We have now entered the Atlantic Ocean, leaving behind the Panamanian jungle filled with howler monkeys, boa constrictors, panthers, jaguars and tiny, deadly snakes. As Tara was built to withstand Arctic exploration, I highly doubt motion sickness on the high seas was a prioritized consideration in the engineering of the ship – she lurches at the onset of any mild swell. While the crew didn’t flinch, some of us were not so lucky!

We are now surrounded by water with no land in sight, and entertained by the aeronautic displays from schools of flying fish. Momentarily suspended mid-air in a frenzy of panicked flapping, they lose height and spectacularly crash through the water. Francois tells me something much larger is chasing them from below.

Part of our routine on board is taking part in the designated chore roster as well as night watch. We have been taught how to read the wind in the sails, interpret lights from passing vessels and watch the sonar chart to avoid ship collisions or the violent storm clouds which carry the threat of lightning strikes. Throughout the night we take turns to attentively observe, whilst resisting the urge to fall back asleep with the gentle rock of the schooner. A challenging feat with my particular affinity for sleep. Last night the stars were bright and plentiful as the moon filtered through the clouds. Bioluminescence shone as Tara ploughed through the water.

As the swells calmed, the winds built in our favour and we were able to turn off the engines and hoist the sails. Everyone is happy with the small relief the wind brings from the hot Caribbean heat and we’re away sailing.