The Blake Ambassador Programme has been running since 2007 and partners with Antarctica NZ, NIWA, Tara Expeditions and the Department of Conservation to give young scientists and conservationists the opportunity to work on conservation and science projects in NZ and around the world. These hands-on and in-field experiences nurture and enhance knowledge of environmental challenges facing today’s world and society.

What a privilege to participate in this programme. Passing through a thorough quarantine and a delayed helicopter flight later, fellow Blake Ambassador Sarah Manktelow and myself spent an epic 2 weeks on an adventure to Anchor Island. Anchor Island is in remote Fiordland’s Dusky Sound and is one of only nine islands of the region to be completely free of introduced mammalian predators such as stoats, possums and rats. With only 147 kākāpō left in in the world, Anchor Island provides the perfect habitat for them thrive in an untouched environment where predators are nil. As Blake DOC Ambassadors, we worked with the Kākāpō Recovery Team on their Supplementary Feed Out Programme. A typical day saw us walk between 4 to 8 hours per day with up to 20kg packs to supply food to the kākāpō feed stations on track networks across the island. Our work also involved cleaning the stations and using specialist software and technology to collect data.

The programme is crucial in the weeks leading up to and during the breeding season to ensure that both male and female birds have a balanced diet. For females especially, it is crucial that they are receiving vital nutrients at the time of mating to support healthy and successful embryonic development, most importantly in the early stages. Currently facing genetic implications alone, the programme is also an effective way to monitor the mass of each bird which is particularly important to ensure a balance in the gender of offspring. Unlike any other bird on the Planet, if the female kākāpō is overweight at the time of mating, a higher percentage of male offspring will be produced, or vice versa, which is one of the many reasons why the kākāpō survival story has been filled with both sorrow and success.

If there is one word that describes the mountains of Fiordland, it has got to be DRAMATIC. The Squirrel helicopter flies with ease up the Spey River and as we approach a wall of rock at the head of the valley, the sheer ruggedness is jaw dropping. Losing count of the times we said “wow,” it really did remind us of how incredibly lucky we are to live in a country steeped in such accessible natural beauty right on our doorstep. Flying down the Dusky fjord and with the vast Tasman Sea on the horizon, we waited with great anticipation to see the first glimpses of Puke Nui/Anchor Island. As we approached the final corner, we were greeted with typical Fiordland country; wet, wild, rugged and unforgiving. We knew already that we will be at its mercy.

As we stepped out of the chopper, we immediately noticed how easy it was to breathe. The air having been whipped straight off the wild southern oceans was full of oxygen. Kaka’s screeched above the vibrant, untamed and windswept podocarp forest and the breeze brushing against our cheeks was warmer than we expected. As the waves lapped the rugged shoreline and as another rain squall approached, we hurriedly shuttled the gear into the hut for a final quarantine to make sure no unwanted pests had made their way into our gear. With the windows and doors shut tight, we were given the all clear.

There seemed to always be something happening on Anchor and the ‘things to do’ list never ended. A quick round of introductions of the 7 kākāpō rangers and the cook was followed by an induction of the area and before we had even unpacked, we were off to rebait a line of DOC150 traps around the hut. Each trap was carefully baited with peanut butter, a wax tab, an egg and white chocolate chips! Although the island is mammalian predator free, the traps being present would give an indication in the event of a pest invasion. With no feed out run our first day, we welcomed a hearty meal and an early nights sleep before our first day in the field tomorrow.

Before arriving on Anchor Island, my knowledge of the Kākāpō Recovery Programme was skeletal, so after spending 2 weeks being a part of, debatably, the most important conservation effort our country has ever seen, it made me realise just how important and precious conservation preservation is. Not only for me but also for us as Kiwis and I’m sure, others across the globe. What an inspiration to see what goes on behind the scenes in the kākāpō recovery effort and what is in the pipeline for the future. Seeing what the kākāpō rangers put on the line (both physically and mentally) to preserve one of NZ’s most precious conservation treasures from extinction was both inspiring and empowering for Sarah and I and we have both come away with a renewed passion for kaitiakitanga. 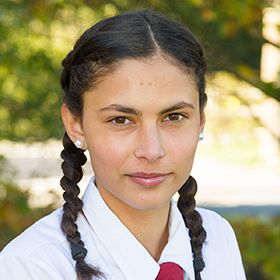