Shortly before Sir Peter Blake’s tragic death, he wrote in his journal

“We want to restart people caring about the environment … through adventure, through participation, through education and through enjoyment.” – Sir Peter Blake

BLAKE’s virtual reality programme does just that. Launched in February of 2019 NZ-VR uses rich 360˚ footage of marine and terrestrial environments throughout Aotearoa. Students wear virtual reality (VR) headsets to explore these locations and learn about the threats that the ocean is facing. For those unfamiliar with the ocean, or hesitant about water, the VR programme offers an exciting and non-confrontational introduction to marine environments. 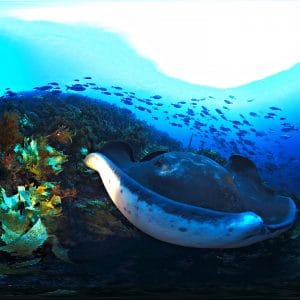 The programme uses footage captured by the team at New Zealand Geographic, which was funded by Foundation North. The school outreach component of the programme is supported by Westpac, to make the programme as accessible as possible.

“While we can’t take every child to the ocean, we can still bring the ocean to every child,” – BLAKE CEO James Gibson.

The NZ-VR programme has expanded its reach since its inception. After four years of delivery the programme has reached 50,000 students across Tāmaki Makaurau Auckland, Te Tai Tokerau Northland, Whakatāne and Taupō. However, the team has no intention of stopping there. BLAKE’s current strategic plan outlines their goal to deliver NZ-VR nationwide and have already begun putting plans into place to realize this dream.

The team has more than doubled in the number of educators delivering the programme across Tāmaki Makaurau Auckland and has doubled the number of headsets used to deliver the programme. This means that in the second school term for 2022, the NZ-VR team taught just over 9,000 students. In addition to an increase in output, the team has developed a te reo Māori version of the lesson so that our lessons can be presented in kura kaupapa and bilingual units.

This year, BLAKE has partnered with Christchurch City Libraries and is now delivering their programme across Ōtautahi, with plans for a team in Te Whanganui-a-Tara Wellington to start in 2023.

“Since the beginning of NZ-VR in 2019 we’ve had a strong demand for the programme, so it is exciting to see it growing and be able to provide this experience for tamariki throughout Aotearoa” – BLAKE Head of Programmes – Discovery Alice Ward-Allen

The aim of the NZ-VR programme is to connect the rangatahi of Aotearoa with the marine environment and in just four years it has surpassed expectations and captivated the hearts and minds of over 50,000 rangatahi across Aotearoa, and still counting. 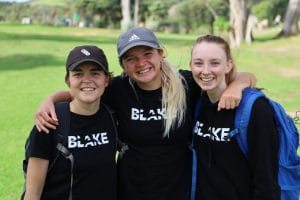