From the other side of the Pacific, Blake Leader Claudia Batten proves you don’t have to stand on New Zealand soil to help New Zealanders grow to international greatness.

At her New Zealand Trade and Enterprise office in Los Angeles, the lawyer-turned-digital innovator and serial entrepreneur is now in the next phase of her career– helping Kiwi businesses to flourish in a foreign market, and mentoring and motivating not only other businesspeople, but a future generation of entrepreneurs.

Those who’ve met and been inspired by Claudia – either in person or via video – can attest she has the X Factor: a unique meld of intellect, instinct, creativity, boundless energy and drive. Obsessed with all things digital, she pushes conventional boundaries and is eager to share the wisdom of her experiences – both the ups and the downs.

And although her home is now in the US – and she is married to American sculptor Mark Castator – Claudia remains fervently passionate about New Zealand, and helping her native country in whatever way she can.

Fascinated by business as a child, Claudia graduated with commerce and law (honours) degrees from Victoria University of Wellington in 1998.In the Russell McVeagh law office, she specialized in contract, intellectual property and technology law, but it was the rapidly-expanding digital world that intrigued her.

When she realized corporate law wasn’t her future, Claudia moved to New York – with no job or fixed plan – in 2002.She joined two others to form Massive Inc, a first-of-its-kind network for advertising in online video games. After four years of hard toil, Massive was bought by Microsoft, where Claudia spent three years working on the in-game network.

Her digital connections continue, as co-founder of Broadli.com – an app “aimed to digitise serendipity”, by helping people find trusted connections in digital networking.

For the past decade, she has been an advocate for growing New Zealand businesses.

In 2007, she became the youngest person appointed to the New Zealand Trade and Enterprise’s US Beachheads board, to provide advice and insight to Kiwi companies trying to make inroads into the American market.

She is now Regional Director of North American operations for NZTE – a role where Claudia can use her passion and experience to help Kiwi businesses tap into the dynamic and fast-paced market she knows so well.

She is renowned for her work with start-ups in particular – mentoring, advising and being involved at a board level.She is a board member for New Zealand’s business incubator, The Icehouse, and a mentor in its Lightning Lab accelerator. She’s forthright in her philosophy that New Zealand must be part of the digital world to close the geographic divide, remain relevant and increase its prosperity.

A gifted communicator, with a “magnetic approach”, she regularly speaks about her passions – digital innovation, the future of marketing, the impact of connectivity and building businesses of the future. No audience is too small; in early 2015 she spoke to 90 businesspeople in Whakatane.

She has an empathy for young people, and a natural ability to inspire them about an exciting future. With a heritage of strong women on both sides of her family, Claudia is also passionate about opportunities for women to excel in business.

Her triumphs and passion have been recognized with stellar honours.In 2013 Claudia received a Distinguished Alumni award from Victoria University; the following year, she became the youngest ever recipient, at 39, of the World Class New Zealand Supreme Award, for her achievements and work inspiring the country’s entrepreneurial ecosystem. And in 2015, she is honoured as a Blake Leader.

Claudia embraces her own concept of The Squiggly Line – the path to being exceptional doesn’t follow a predictable linear line, but can sometimes go sideways or backwards. Her drive is to “build things” – not for monetary reward or recognition, but to ensure she does what makes her happy every day. 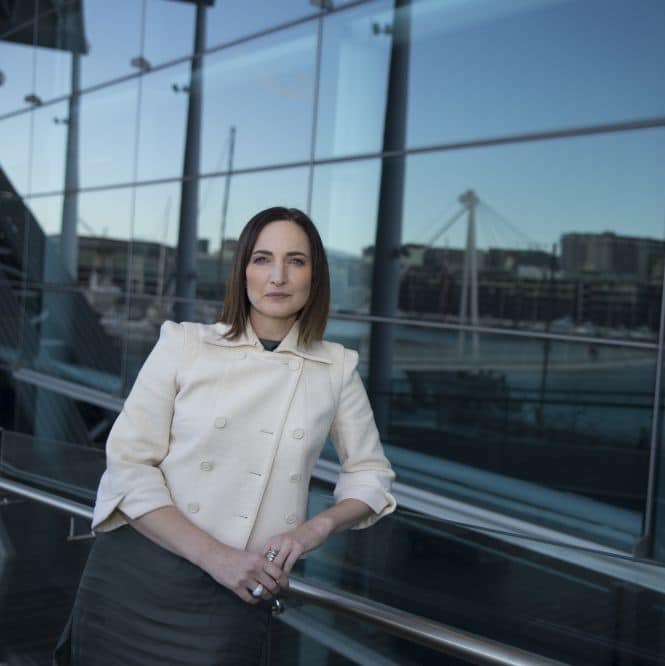