If a shark was crossed with a hedgehog

This beauty of a critter is the prickly dogfish.  A small deep-sea shark endemic to the continental shelves of New Zealand and Australia, it lives in the ocean’s Twilight Zone – a permanent dusk 200-1000m below the surface.

Collecting data on quirky creatures like these is important for measuring the Sub-Antarctic’s biodiversity, and the few times one has appeared in our deep-water surveys, it is a definite star of the show.  Its massive dorsal fins are like spiky sails, with its dermal denticles like tiny three-pronged teeth embedded in its skin.

If its appearance wasn’t bizarre (and awesome) enough, the prickly dogfish is a horrendously picky eater.  While its cousins overseas eat a nice varied diet (the voyage cooks would approve), NIWA scientist Brit Finucci discovered that the prickly dogfish only eats ghost shark egg cases.

Ghost sharks – also known as chimaeras or ratfish – are the deep-sea cousins of sharks and rays, and the unfortunate victims of the prickly dogfish include the Pacific spookfish and the brown and long-nosed chimaeras.  Their egg cases are like leathery envelopes, which contains the embryos.  The prickly dogfish punches a hole in the case and sucks out the embryo inside, and the presence of these egg cases in its stomach was detected by DNA analysis. 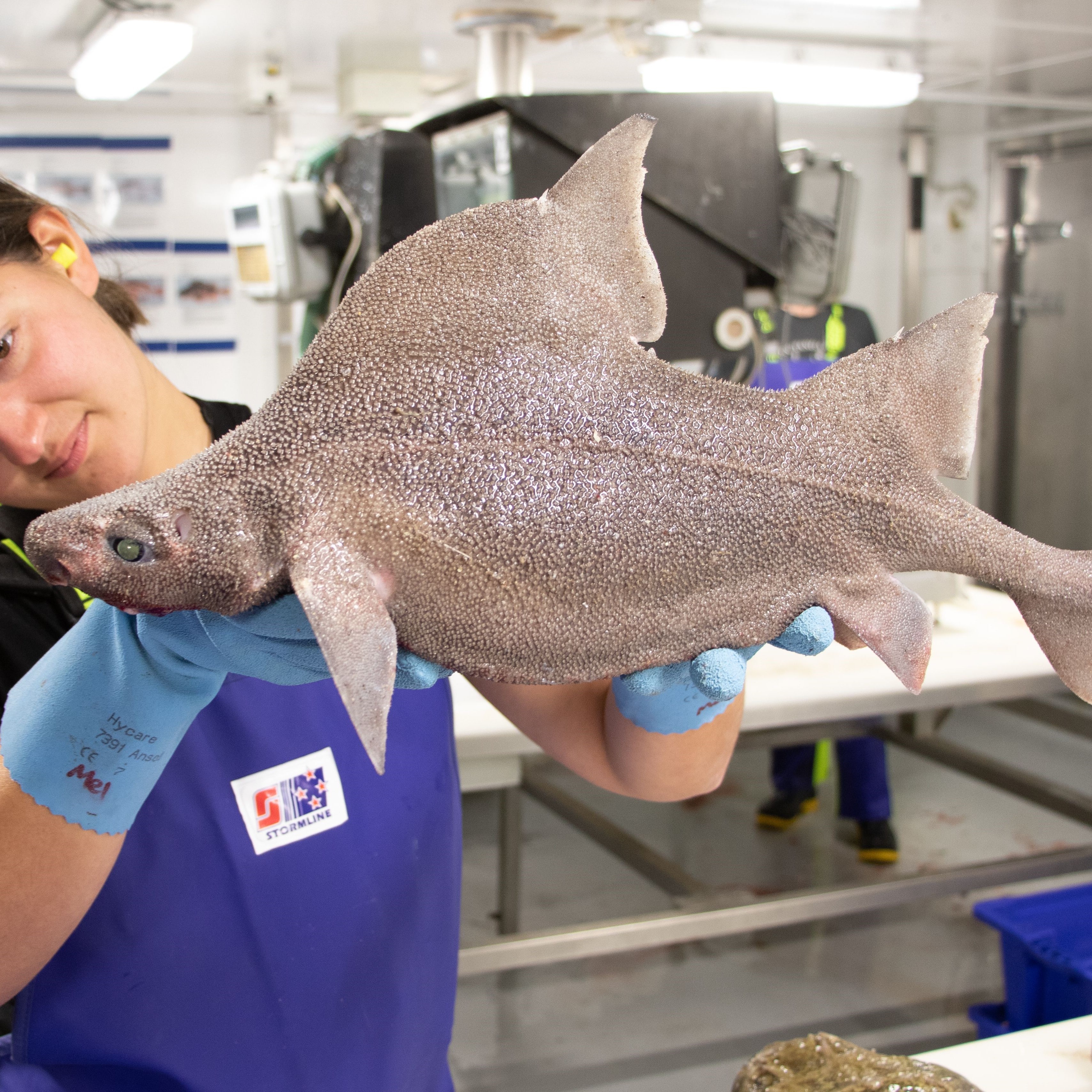