Rukumoana Schaafhausen left school at 15, but was determined to do something with her life to make a difference to others. So, she became a lawyer, director and an influential member of her Waikato-Tainui iwi. She is also a champion of young Maori women, who she encourages to become the next generation of leaders.

Inspired by her tupuna (ancestors), Rukumoana Schaafhausen has strived to make a difference beyond herself, and do what is right for the people of Aotearoa.

Ruku is influenced by her Ngāti Haua ancestor Wiremu Tamihana, a leader largely responsible for establishing the Maori King movement in the mid-1800s, and she endeavours to emulate his qualities of peace-making, unity, strong values and faith in her own leadership journey. Indeed, Ruku’s strengths lie in working across corporates, communities and iwi to make positive social change for all of Aotearoa, and in championing young Maori women to become future leaders.

A lawyer, a director and an influential member of her iwi, Ruku is renowned as a hard-working, principled “bridge builder” and a diverse thinker.

From a young age, Ruku learned to be “who I am, not the position I hold”. The real power in leadership, she realised, was not about herself, but in serving others. She grew up on the marae she was named after in Morrinsville; Rukumoana Marae is home to Te Kauhanganui, the Maori Parliament building. At the age of 15, she left school to work as a receptionist at the local medical centre. She supported her two younger brothers while her parents travelled throughout the country doing seasonal work.Knowing she was meant to do something more with her own life, Ruku enrolled in Te Timatanga Hou – an intense bridging programme which would help her to enter university. At 18, she was accepted to study law at Waikato University, and proved wrong those who said she would not persevere.

When Ruku graduated with a Bachelor of Laws, she practised as a lawyer in Auckland, with Glaister Ennor and then Russell McVeagh, specialising in governance and property. She then became group legal counsel for a large-scale property development company, before becoming a consultant. Ruku’s baptism into governance came not long after she graduated from law school – appointed to the board of Waikato-Tainui Te Kauhanganui, when Waikato-Tainui became the first iwi to settle its Treaty of Waitangi grievances with the Crown.

She is now the chairperson of Te Arataura, the executive arm of Te Whakakitenga o Waikato, the tribal authority representing the people of Waikato-Tainui. Her role is to manage and distribute income received from its commercial arm, Tainui Group Holdings, and other funding sources. Iwi members benefit through grants and programmes in housing, education, health and culture. She promotes the need for the iwi’s economic development, focusing on new businesses and generating local employment. She has an ambitious vision for the region to become a “food bowl”. Working for her iwi has provided leadership training for governance roles. She sits only on boards that align with her values, and where she believes she can add value. She uses her influence on boards to advocate corporations having positive environmental, social and cultural impacts.

Although Ruku was a relative newcomer to governance when she became a director of Genesis Energy, she went on to assist the energy company to strengthen relationships with iwi and provide an example of best cultural practice for other corporates. Among her other governance roles, Ruku is the managing director for Te Waharoa Investments – a commercial arm of Ngāti Haua; she chairs the health and safety committee for Regional Facilities Auckland – a council organisation charged with delivering high-quality venues and events to the city; and she is on the management board of the Equippers Church.

She was raised with her grandmother’s strong Christian values, which she carries through her career and personal life. Her husband, Wilhem, is a Pastor, and together they have two young sons.

Ruku is passionate about seeing more young Maori women taking up governance and leadership roles. She mentors and champions young women at her marae and in her community. She worked alongside Nancy Gilbert, the wife of the previous US Ambassador to New Zealand, to develop the Wahine Toa project, highlighting the achievements of Maori women. Ruku was master of ceremonies at the 2016 Wahine Toa conference which brought together 140 Maori women leaders.She was awarded the US Embassy award to travel to the United States an educational, economic and cultural exchange with American Indian tribes. 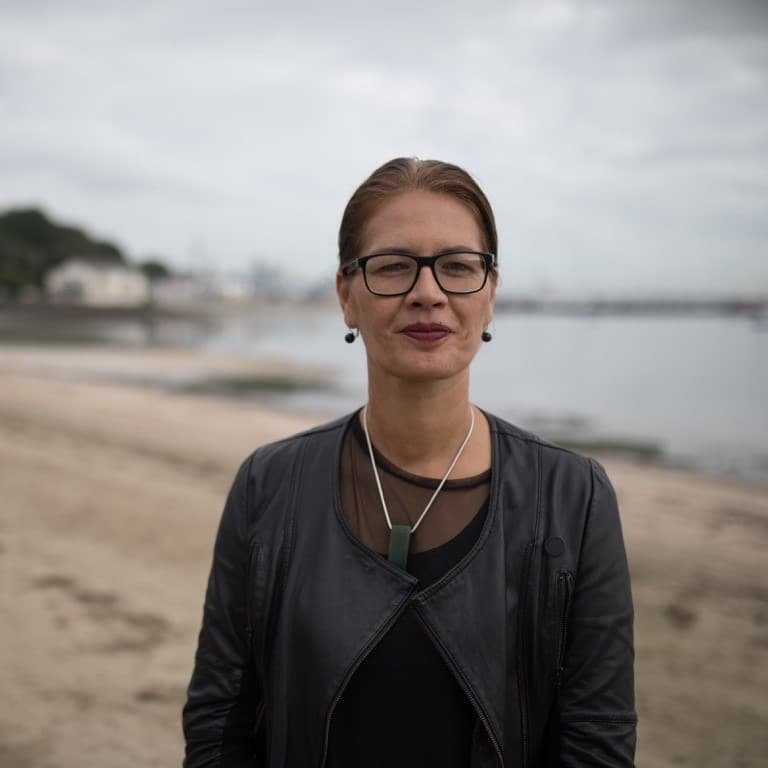