Sir Peter Jackson is a visionary New Zealand director, producer and screenwriter, whose outstanding leadership and passion for film making has changed the face of the movie industry in New Zealand and taken Hollywood by storm.

Sir Peter began his filmmaking career at the age of eight, creating short movies from home in Wellington, and at 17, he left school and began shooting a short science fiction comedy.

Sir Peter and his partner Fran Walsh co-wrote his next films, and received widespread acclaim for Heavenly Creatures, which received an Academy Award nomination in 1994 for Best Screenplay.

Sir Peter then became the first person to direct three major feature films simultaneously, in The Lord of the Rings trilogy. The highest grossing film trilogy in history, with more than $2.9 billion in worldwide box office revenue, as well as one of the most acclaimed series of all time with 17 Academy Awards and 30 nominations, The Lord of the Rings established Sir Peter Jackson as one of the world’s greatest directors. The Return of the King, widely considered the greatest fantasy film ever made, matched Titanic and Ben-Hur for the most Oscar wins by a single film, with 11, including Best Director for Sir Peter.

After completing The Lord of the Rings, Sir Peter directed, wrote and produced King Kong, which won three Oscars.

Away from directing, Sir Peter is a major shareholder in the world-famous special effects companies, Weta Digital and Weta Workshop.

Sir Peter engages in numerous charitable activities, including supporting UNICEF and stem cell research and, in 2011, along with partner Fran Walsh, he purchased the home of BATS Theatre in Wellington, which effectively secured its future.

In addition to monetary donations, Sir Peter contributes his expertise to activities such as the ’48 Hour Film Festival’. He has also chaired the 14-18 Aviation Heritage Trust and was a member of the World War I centenary committee.

Sir Peter Jackson is a phenomenal New Zealand leader who has shown the rest of world that New Zealand is the place to make incredible films. He has created countless jobs for film industry workers and inspired thousands of Kiwis with his extraordinary work ethic and passion for epic movie-making.

In the 2010 Queen’s New Year’s Honours List, Sir Peter was made a Knight Companion of the Order of New Zealand for his services to the film industry. He received an Arts Foundation Icon Award in 2011, which honours extraordinary New Zealand artists who have made a significant impact on their chosen art form, and Sir Peter was recognised for his contribution as a leader in New Zealand film. The Award is considered the Arts Foundation’s highest honour and is limited to a living circle of twenty artists. In the 2012 Queen’s Birthday Honours List, Sir Peter was made a member of the Order of New Zealand. 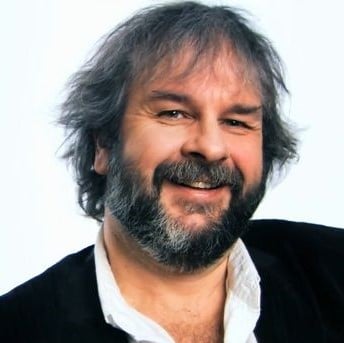